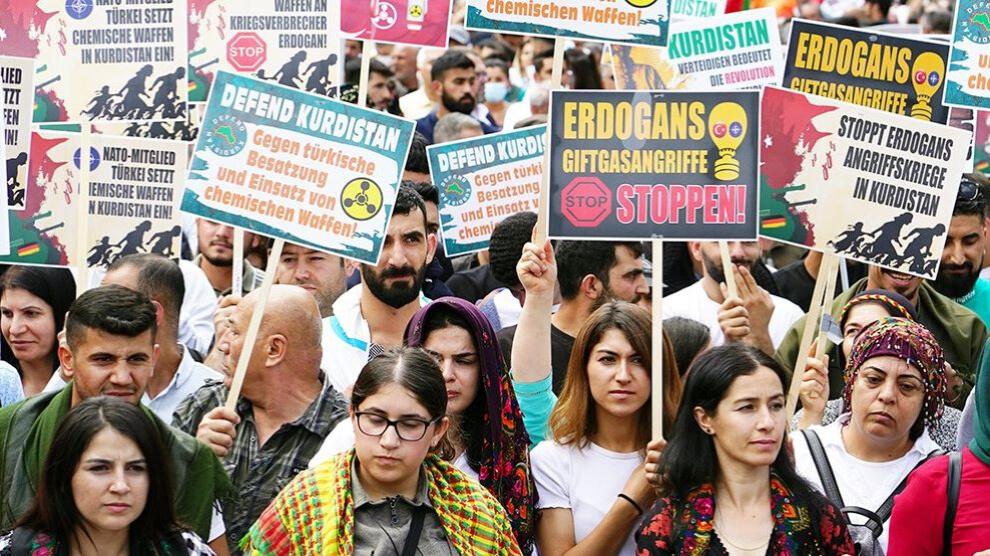 Why is the OPCW Not Acting Against the Use of Banned Weapons?

Committee Against the Use of Chemical Weapons in South Kurdistan opcwinvestigate@gmail.com

INTRODUCTION
Never before has Turkey committed more war crimes than in 2022. The international focus on the war in Ukraine and on the regional threat of a new Turkish attack on the Autonomous Administration of North and East Syria cannot negate the fact that Turkey ́s operation `Claw Lock ́ in North Iraq has led to hundreds of cases of war crimes, including the intensive use of chemical weapons. While international attention and media coverage has helped corroborate Turkey ́s involvement in the death of dozens of civilians in South Kurdistan [North Iraq], the repeated accusations of Kurdish representatives regarding the use of chemical weapons by the Turkish army have not yet led to the necessary investigations of international organizations and institutions such as the OPCW. This failure to act and officially clarify these drastic allegations have allowed Turkey to not only continue but even increase its war crimes in the wake of its heavy attacks on South Kurdistan. When it comes to the use of chemical weapons, the international community should not leave the smallest doubt that it takes these extremely concerning allegations very seriously. Increased media coverage, on-site visits by delegations and official investigations are therefore urgently needed to show Turkey that it cannot continue committing war crimes with impunity.